(To our South African readers)

For a few months now, South Africa has been hanging in an institutional void. All eyes are onto the ANC’s elective conference that will take place in December in Mangaung. The media is hung up on deciphering signals and predicting moves in what is portrayed as a new battle for power.  Journalists and commentators have been reviewing hints and moods in the ANC top leadership, with a view to anticipating results. Public officials are absorbed by the party’s internal factionalism and, in many sectors, entire offices within government have simply shut down, waiting for the old leadership to be confirmed or for a new one to come into power. It feels like the nation is getting ready for the final match of the football world cup. Who will be the key strikers? Who will be deployed as a middle fielder? And, above all, what team will prevail? After Polokwane, once again we have become spectators of a nationwide theatrical show.

Meanwhile, the country is plunging deeper and deeper into a crisis of epic proportions. A crisis (or rather a series of crises) that has been simmering for decades and is now reaching a tipping point. The Marikana incident is just the tip of a huge iceberg, which is threatening to sink the South Africa ship forever. Socio-economic inequalities have reached disgusting levels, not only because they have grown incessantly since 1994, but also because they are culturally and socially unacceptable in a democratic country. No country in the world (or in history) has ever achieved full socio-economic equality (and many would argue that some degree of socio-economic differences are probably inevitable). But when inequality reaches such an astounding magnitude, as is the case in South Africa, then it becomes not only a moral problem, but also a threat to democracy and the stability of society. It is a form of structural violence, as the sociologist Johann Galtung famously remarked, which may very well trigger desperate reactions, in which physical violence becomes the only way for the poor and marginalized to be heard.

Against the backdrop of these unresolved crises, can South Africans simply wait for the results of the Mangaung conference? We all know that no major changes will happen after December. Just like the world cup’s final, we all cheer, take stances and wait until the referee’s final whistle. Then we go back to our lives business-as-usual. This type of collective magnetism towards the ANC (both common to those opposing the ruling party in public domain and to those supporting it) shapes the way in which we view the country and our role within it. It makes us believe that change will only occur when new or better leaders take the helm. Until then, we can only cheer – if we support the ANC’s policies – or shout – if we oppose them. We are like the characters in Samuel Beckett’s famous play: talking incessantly about Godot who never comes, waiting in vain for this Messiah to save us.

Unfortunately, this is an illusion. Nowadays governments wield much less power than we think. Take the Obama administration: despite a committed leadership, they have achieved little due to fragmented interests in society.  By contrast, life in Belgium went on for 541 days without a government in 2012, as party infighting derailed the establishment of a clear majority. Diffusion of authority made it possible. As power is increasingly dispersed, new possibilities emerge also for citizens.

South Africa has an impressive civil society. The private sector is also strong, and not all businesses are held hostage by party connections and corrupt deals. Can the most progressive sectors within civil society and business forge an alliance to respond to the injustices that government has failed to address so far? For starters, they could develop a better-wage framework involving like-minded NGOs, unions and businesses, thus isolating the ‘bad apples’ from those who really care about the future of this country? Can they be the real ‘leaders’, maybe for a day? There are illustrious examples at the global level: the Ottawa treaty on landmines, the Extractive Industries Transparency Initiative, the Kimberley process and the Cocoa Initiative are instances in which civil society and business led the show. In Brazil and Costa Rica, labour unions and progressive businesses have cooperated to improve wages and working conditions, ultimately to the benefit of both employees and employers. Germany’s undisputed technological leadership in the world is largely due to a cooperative alliance between unions and industrialists, which has allowed this country to stay competitive while affording high wages and also social safety nets for the unemployed.

Of course, one must not be naïve. There are conflicting interests in society, which undermine the capacity to overcome divides and short-sighted agendas. Yet, these are no ordinary times for South Africa. Time has come for South Africa to break free from this obsession with political leaders. We have been waiting for Godot since 1994. In today’s world real change can be promoted at all levels, especially by motivated groups within the key sectors of society. 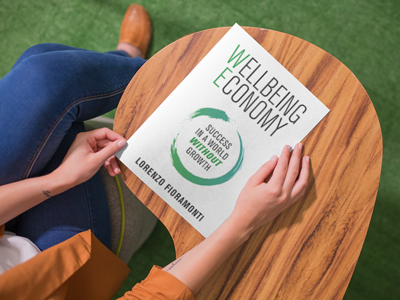