The past few weeks have been a clarion call for the world: neglecting the environment is not only irrational from a biological and ethical point of view, it’s also unwise financially. At least out of economic self-interest, governments should act immediately to radically transform timid policies on climate change with a view to setting the global community on a completely different track. 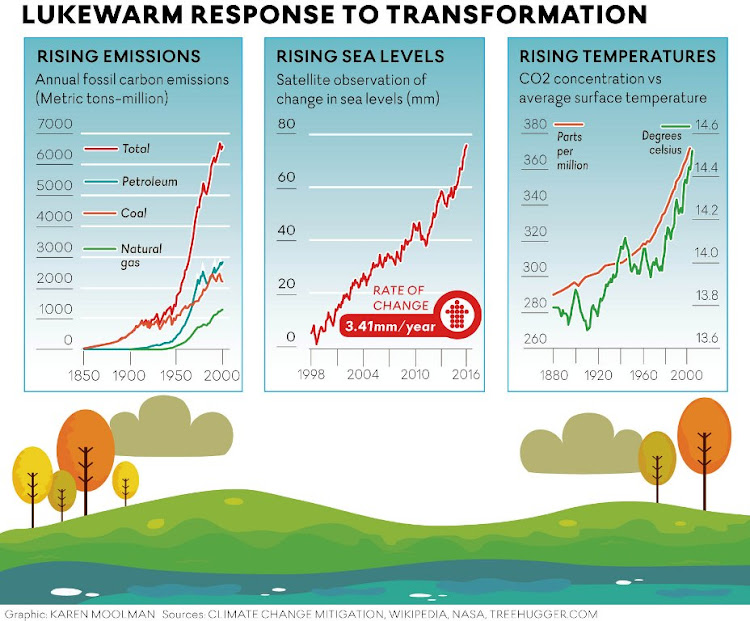 Since the late 1980s, when the first official evidence regarding human-made climate change was presented to the US Congress, the international community has been lukewarm towards any transformative response to global environmental problems. The main argument was that it would be bad for the economy. Rather than acting promptly to avoid tipping points, governments delayed action and relied mostly on market-friendly initiatives, such as the Kyoto Protocol (and, more recently, the Paris Agreement), that had little or no effect on the reduction of pollution.

Notwithstanding growing evidence that climate change was directly linked to an anachronistic approach to industrialisation, largely fuelled by consumption of fossil fuels, most governments have continued developing their economic strategies as if the environment was of no concern.

Join us for the ‘Wellbeing Economy Festival’ in Pretoria (South Africa) from 27 to 29 November 2017. An incredible line-up of innovators, entrepreneurs, technology experts and academics discussing how to change policy, business and society.