TEDx: How to build a better world through education (in Italian) 2019

The Wrong Economic Trajectory and What to Do About it, Keynote address, Gordon Institute of Business Sciences (2017)

Keynoting at Google’s Wisdom Conference in Sweden with a speech titled : “What we talk about when we talk about…growth” (October 2015)

Presenting my vision of the horizontal economy at the Programme on Ecosystem Change and Society conference, supported by the Stockholm Resilience Centre (November 2015)

Interview with Bruce Whitfield, the Money Show on 702 Talk Radio, about Capital in the 21st Century (December 2014):

To watch the short documentary by ZDF made about my research in South Africa, click here:http://www.3sat.de/mediathek/?mode=play&obj=42494 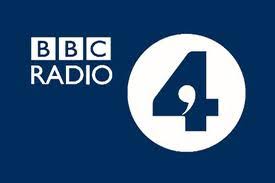 Keynote address at the Sandton Convention Centre, Johannesburg, 2013 “The Paradox of Counting”

This is the video of Lorenzo Fioramonti’s inaugural address for the Expert Lecture Series 2013 at the University of Pretoria. The title of the talk is “The Dark Side of GDP and Why It Matters for Africa’s Future”. The talk was given on 14 March 2013.

If you wish to contact me for a speaking engagement, please write to fioramonti.lorenzo(at)gmail.com.