Keynoting at the Conference of Parties in Madrid (COP25) in 2019

One of my many appearances on prime time Italian TV

With Pope Francis, presenting the Italian version of my book The World After GDP

With my colleague and friend Jeffrey Sachs, discussing my decision to make Italy the first country to introduce mandatory classes on sustainable development and climate change in all schools

My inauguration speech at the Ministry of Education, University and Research in Rome (Italy)

Shaking hands with the President of the Italian Republic on the occasion of my appointment as Minister of Education, University and Research

Presenting the Italian translation of my book Gross Domestic Problem at the Italian Parliament, April 2017

Presenting my book The World After GDP at the Scottish Parliament, April 2017 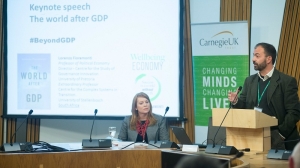 With Joseph Stiglitz, keynoting at the Development and Wellbeing in Africa Forum, November 2015

With the King of the Bafokeng Nation, one of Africa’s wealthiest and most progressive communities. 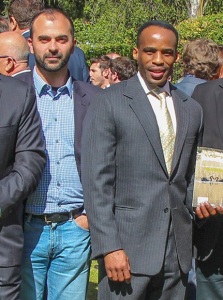 With Richard Wilkinson and Kate Pickett, bestselling authors of The Spirit Level: Why Greater Equality is Better for Everyone (over 250,000 copies sold and translated into 23 languages). 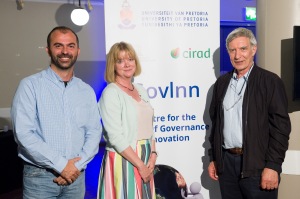 With my friend Raj Patel at the Governance Innovation Week 2015. Besides being a brilliant mind and a great public speaker, Raj is the NY Times bestselling author of Stuffed and Starved: The Hidden Battle for the World Food System and The Value of Nothing. 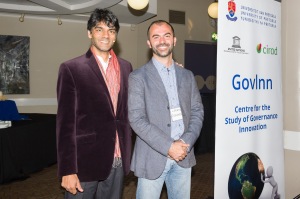 My meeting with the Gross National Happiness Centre, local civil society groups and political leaders in Bhutan. In this picture, I am with Bhutanese former prime minister Jigme Yoser Thinley (May 2015)

Public lecture in Heidelberg (Germany) with posters throughout the town, 14 October 2014

With Vandana Shiva at the Governance Innovation Week 2014 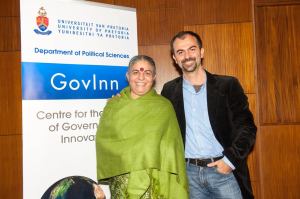 Opening the academic year in February 2013

With Jesse Jackson, visiting our Centre for the Study of Governance Innovation, in Pretoria (15 March 2013) 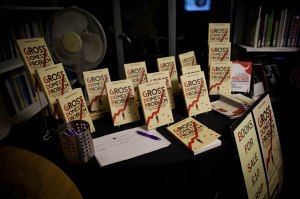 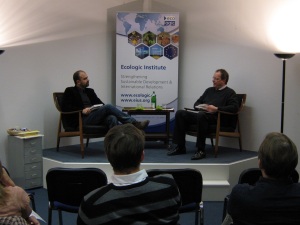